It was October of 2017. Thirty-four-year-old Melissa Stockton was sitting at her desk at the VA Medical Center in Amarillo. Thoughts of what to cook for dinner that night were interrupted by the ding of her calendar reminder for an upcoming meeting. Immediately she was flooded with panic at the thought of walking to another building on the large VAMC campus. The pain between her shoulder blades and around her ribs had become more than a mild annoyance. Despite multiple visits to the doctor, chiropractor, X-rays, and even a CT Scan, she received the same results: no signs of any problems. What should have been a welcomed time off of work to celebrate Thanksgiving and enjoy the Christmas preparations, was consumed with worry and excruciating pain. “My evenings with my 7-year-old daughter were tough. She didn’t understand why momma couldn’t just participate in normal activities. Even sitting on her bed to say prayers at night was a struggle. I had to fight back the tears caused by the pain.” In January, a referral to a Pain Specialist appeared to be the only solution to finally find some relief. Her Primary Care Physician ordered the MRI that the Pain Specialist would need for her initial evaluation. After the MRI scan, the radiology tech informed her that her PCP would be calling her within 24 hours to report the results. Melissa found this odd and outside the norm.

“What that doctor said would change the course of her life.”

The following day, Melissa went to her appointment to see the Pain Specialist. He walked into the exam room and said that he would not even touch her. What came from his mouth the following few minutes would alter her life forever. Holding up the film from the MRI, he pointed to a dark spot along her spine and explained that there was a 2-inch mass that was putting pressure on the nerves, resulting in extreme pain. The next step would be a referral to a neurosurgeon for surgical consultation. Before Melissa was even able to speak with the neurosurgeon, she began to have numbness in her left foot, which quickly spread to her calf; making walking almost impossible. Her PCP sent her to the ER, where the neurosurgeon met her and scheduled surgery to remove the tumor on her spine for the following day.

Melissa spent the week after her operation in the ICU, where she learned that she had a rare type of cancer and would need to go to MD Anderson for further review. Then came an even bigger realization. She had no feeling from her waist down. While in rehab at BSA, Melissa’s case manager gave her information about the Second Chance Foundation. “I applied, hoping and praying for help because my house was not handicapped accessible.” Just days later, Melissa received the news that the Second Chance Foundation would not only provide her with a motorized wheelchair, but would also pay to have her home modified so that her wheelchair could fit through the doorways, allow her to be able to shower, and have a lift to take her to the basement to do laundry.

One of the staff members at HCHF had also given Melissa information about the Foundation’s Patient Assistance Program. Funding was approved for flights to MD Anderson, as well as assistance paying her mortgage. “HCHF staff continued to assist me with tangible resources to help me through the most traumatic time in my life.”

“I am forever indebted to the wonderful people of HCHF and Second Chance Foundation for their kindness from their gracious hearts.”

Over the course of the following months, Melissa was able to complete her treatment in Oklahoma City, where she also went through rigorous physical therapy. Over the Summer, she was strong enough to walk again, with the assistance of a cane. This was among the greatest triumphs because Melissa’s doctors did not think she would ever walk again. “I cannot begin to express my gratitude to my family and boyfriend for their unwavering support over the past year.” “I returned to work September 4th. I now have the opportunity to spread the word of kindness and graciousness given to me by the Harrington Cancer and Health Foundation and its programs. I am forever indebted to the wonderful people of HCHF and Second Chance Foundation for their kindness from their gracious hearts.”

began in 1986 as a dream of Dr. Edward F. Thomas and David S. Kritser, III. Working closely with rehabilitation patients, Dr. Thomas found that many people had inadequate insurance, no insurance, or had exhausted other financial resources on the road to recovery. David Kritser, who was a quadriplegic, understood firsthand the overwhelming changes that take place when someone has a head or spinal cord injury. The support provided to individuals with physical challenges covers a wide spectrum of needs. During these years, the Foundation has provided hospital beds, home modifications, bath benches, walkers, transportation, caregiver services, college tuition, braces, specialized lifts, wheelchairs, prosthetics, orthotics, scooters, and vehicles equipped with a lift. Second Chance Foundation’s purpose is to financially help those with disabilities to have an opportunity to lead more active and productive lives. Enriching the lives of hospice patients Light up a Life in memory of a loved one, in honor of someone special, in celebration of a special occasion, or as a Christmas gift. Second Chance Foundation is a program supported by HCHF

Light up a Life in memory of a loved one, in honor of someone special, in celebration of a special occasion, or as a Christmas gift. Each donation of $20 represents a light that will shine on the Hospice Christmas Tree located at BSA Hospice of the Southwest. Olivia’s Angels is a program supported by HCHF

2013 became a pivotal year that completely changed my life. Not only was my forty-three-year career in television winding down and I was getting ready for retirement, but I was also dealing with a friends’ journey with cancer. A fellow colleague and best friend who worked with me side by side for 25 years was dying, he was diagnosed with inoperable glioblastoma. I retired in May 2013 and six weeks later my friend passed away. In the weeks following my friend’s death, I was trying to get my life back to normal and enjoying being a full-time musician. I was rehearsing for the upcoming Friends of Fogelberg concert which promotes awareness of prostate cancer. I went in for my six month check up with my doctor the week of the concert. The day of dress rehearsals I received a disturbing call. My doctor informed me that my PSA levels had risen dramatically in the previous few months and I needed to be seen for further testing. In the following days I met with the doctor and it was determined that a biopsy was needed. In September of 2013 I received the call that no one ever wants to hear, “7 of 12 biopsy samples taken have tested positive for prostate cancer”. Although I had prepared myself for this news, my knees became weak and a sudden panic came over me. We spoke for a few more minutes and set up a meeting to look over my options. Visions of the time I spent with my friend while he was in hospice just a couple of months earlier were fresh on my mind. After meeting with my doctor, a treatment plan was formed and surgery was scheduled. I opted for the radical prostatectomy, and surgery went like clockwork. I was spared any other treatment such as radiation because the cancer seemed well contained. In my fifth year since surgery, my PSA levels are exactly where they should be and I am currently cancer free. I do have some side effects but they are manageable. The key factor to my success with this disease was early diagnosis and responsive medical action.

In the top twenty-six Texas Panhandle counties, prostate cancer is the third most frequently diagnosed type of cancer. The men who receive the diagnosis often have no idea where to turn or what to do next. Your gift to Harrington Cancer and Health Foundation allows men to have a resource that helps them along their journey.

Because of support from donors like you, a Prostate Cancer Nurse Navigator program has been established. Allen Harris joined the HCHF staff about a year ago and is the community’s only Prostate Cancer Nurse Navigator. His job is to help prostate cancer patients know their treatment or surgical options and to help with resources along the way. Allen says, “About a year ago, Harrington Cancer and Health Foundation began a program in conjunction with Amarillo Urology Associates. This experiment, nurse navigation for men with prostate cancer, was a fairly new concept and was based upon what had been done in programs for women with gynecologic and/or breast cancers.” Currently, Allen is seeing more than thirty new patients a month. He sees his role as a component of comprehensive patient care along with the staff and physicians of Amarillo Urology Associates. He says that “witnessing the strength of patients and families has been sobering. That I can

have a part in explaining care and answering questions has provided a very satisfying exclamation point to my nursing career.” Our area has consistently seen an annual increase of prostate cancer diagnosis, therefore, screening is more important than ever. Three-hundred and sixteen men were screened for prostate cancer at the annual screening event made possible by donations to the Friends of Fogelberg concerts. The screening entails a simple Prostate-Specific Antigen (PSA) blood test that helps identify the presence of prostate cancer. Of the men who were screened, twenty-two were flagged with high PSA readings and referred for further testing. Providing screening for early prostate cancer detection will save men’s lives and your gift made this service possible.

After reading scripture about what Jesus commanded us to do, it made my decision clear: to feed the hungry, heal the sick, and help those in need. Not being in the medical profession, I figured I could help an organization who strives to heal the sick. I did some research on HCHF and found it to be a place of high character. So, the reason I give to HCHF is simple, the Bible tells me so. I believe giving in this manner is what God wants us to do. “Then He called his twelve disciples together and gave them power and authority over all demons and to cure diseases. And He sent them to preach the kingdom of God and to heal the sick… So they departed and went through the town, preaching the gospel and health everywhere” Luke 9:1-2,6

-Bret Bethke, HCHF monthly donor for the past seven years 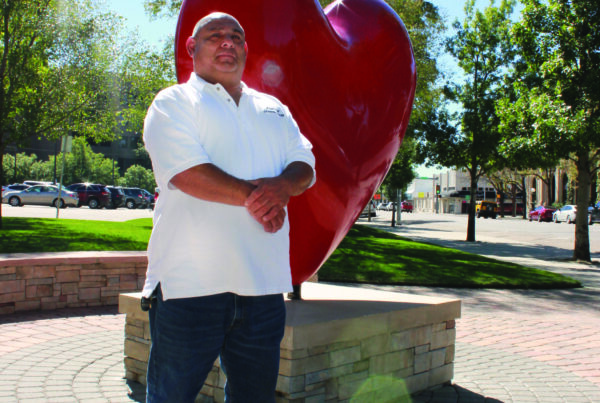 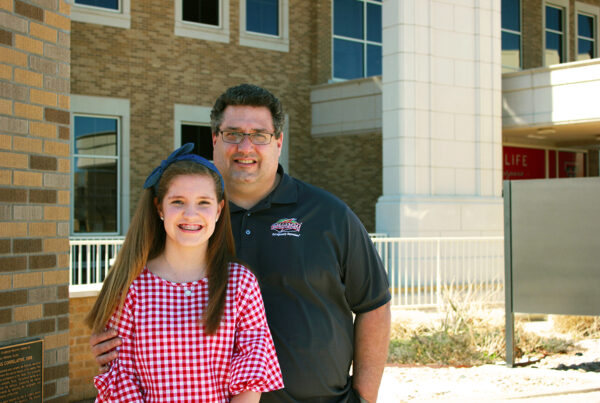